Mike in the Media

Montreal has a stray cat problem, but does either municipal party care?

The city's stray cat population is exploding, and animal welfare advocates want to make it an election issue 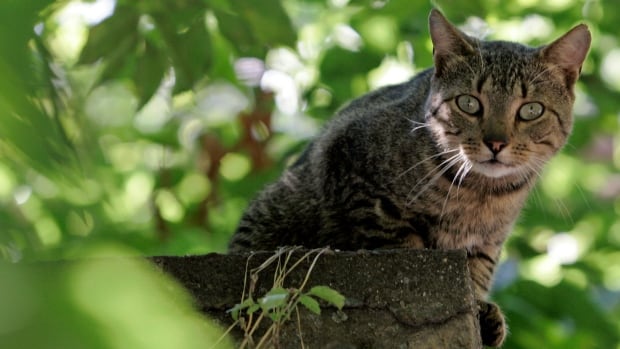 If you live in Montreal, you've probably seen stray cats hiding under staircases, scurrying across the street or burrowing into your garbage. For many, these wandering felines are simply part and parcel of downtown life

But animal welfare advocates are warning the city's stray-cat population is growing at exponential rate, possibly reaching into the millions.

Without an effective plan in place to deal with the problem, they say, some residents are taking population control into their own hands. In September, the City of Montreal and SPCA raised the alarm over poisoned cat food found in the back alleys of Verdun.

But with the stray-cat population out of control, advocates are pushing the two main parties to address that problem as well.

The Montreal SPCA doesn't know for sure how many stray or feral cats are on the island, due to the nature of strays and the fact they mostly come out at night.

However, based on a study done in the United States, there could be as many as one feral cat for every cat owned as a pet.

Nancy Leclerc, a volunteer with the cat rescue group Pussy Patrol, has been working with stray cats for four years. She said that since she's started, she's seen the problem get "exponentially" worse.

"It's a very fast-working cycle, the reproduction of cats," she said. "Every three or four months, there's a whole new batch of kittens coming out."

But among animal welfare advocates, there is an approach that is widely considered to be effective: implementing trap, neuter, release and maintain (TNRM) programs. 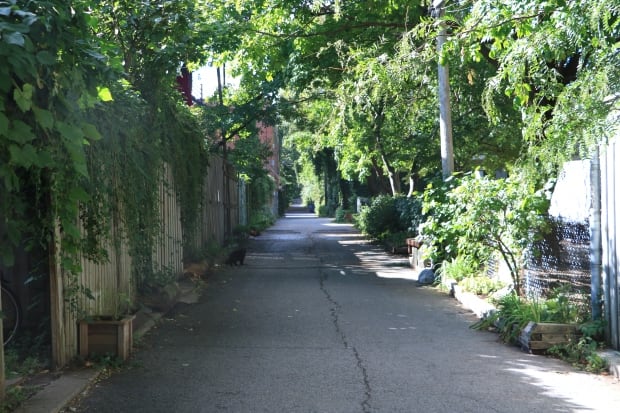 Shelters for strays can often be found on private properties off alleyways in Montreal. (Kalina Laframboise/CBC)

Volunteers trap stray cats and bring them to a veterinarian to be sterilized before releasing them where they were found. The cat's ear is notched so volunteers and citizens know which cats have already been sterilized and shouldn't be re-captured.

​"When people ignore the cats in their backyard … it doesn't help the situation, it makes it worse," said Leclerc.

"Because those cats get comfortable, and then they reproduce, and suddenly you're stuck with 12 or 13 cats."

Sterilizing a feral cat would stop that "horrible meowing noise" mating cats make, said Leclerc. They would also get into fewer fights, which cause destruction to property and can spread disease between cats.

The SPCA is currently the only organization in the city that provides that a TNRM program. Thus far, 11 boroughs have TNRM contracts with the SPCA. The SPCA allows for TNRM contracts separate of its animal control services.

However, Gaillard warns that without an island-wide effort, getting rid of the stray cat population will be difficult.

"Cats don't really pay attention to borough borders," she said. "We need [the TNRM program] to be in effect everywhere so that we don't create a situation where we're controlling the population in one borough and then cats from other boroughs come in to fill the void."

Because of that, Gaillard and the SPCA say that strictly killing the cats is not effective, because other cats will just move in. Instead, they encourage maintaining the population by sterilizing cats so they don't reproduce. 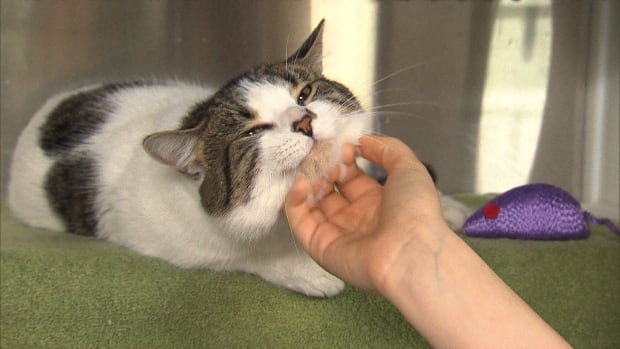 Animal welfare advocates are warning the city's stray-cat population is growing at exponential rate, possibly reaching into the millions. (Radio-Canada)

​There are concerns that as the stray population grows, frustrated residents become more likely to lash out at the animals.

Sterling Downey, Verdun city councillor and the Projet Montréal's animal welfare critic, confirmed that his borough had a "problem" with people leaving poisoned cat food in areas with lots of stray cats.

"That is absolutely, 100 per cent, unacceptable," said Downey. "Domestic animals end up dying, and it is not the way to control a population."

​But there are also "very generous, hardworking people" who foot the bill themselves to sterilize cats in their neighbourhood, said Leclerc. Getting a cat neutered outside of a TNRM program can cost anywhere from $100 to $300 per cat.

Part of the problem, she said, is that people don't realize that these programs exist. "I've met people who have been paying and they didn't know that the TNRM program was in Rosemont for two years now."

Unlike the new animal control bylaw, which is city-wide, it is up to each borough to decide whether to implement a TNRM program.

Leclerc said that members of the Pussy Patrol have been attending local council meetings, and are reaching out to residents through social media, encouraging them to ask their councillors about TNRM.

Anie Samson, vice-president of Coderre's executive committee, said her party would look at the "best practices in other major cities" going forward, citing Calgary and Toronto.

​"We are sensitive to this issue and a program will be implemented that will be complementary to our animal control bylaw," she said in an email to CBC News.

As of last year, the city of Montreal requires all cat owners to register their pets, but it does not force owners to microchip and sterilize them.

Downey said that if elected, Projet Montréal would ensure every borough has a TNRM program. But he acknowledged that some boroughs don't have as many stray cats as others. 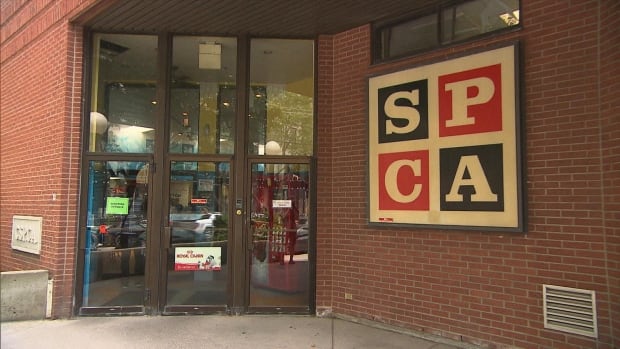 "Each borough knows best their reality," he said. "So they would be guiding us in terms of what they need."

Downey confirmed that city-wide implementation would require more public money for TNRM programs, but didn't say how much that would be.

For her part, Leclerc said that she would welcome an attempt to handle the feral cat population.

"Cats are domesticated animals. We, as humans, are responsible for them being in our cities," she said. "We're the ones that brought them here... and we have abandoned them."